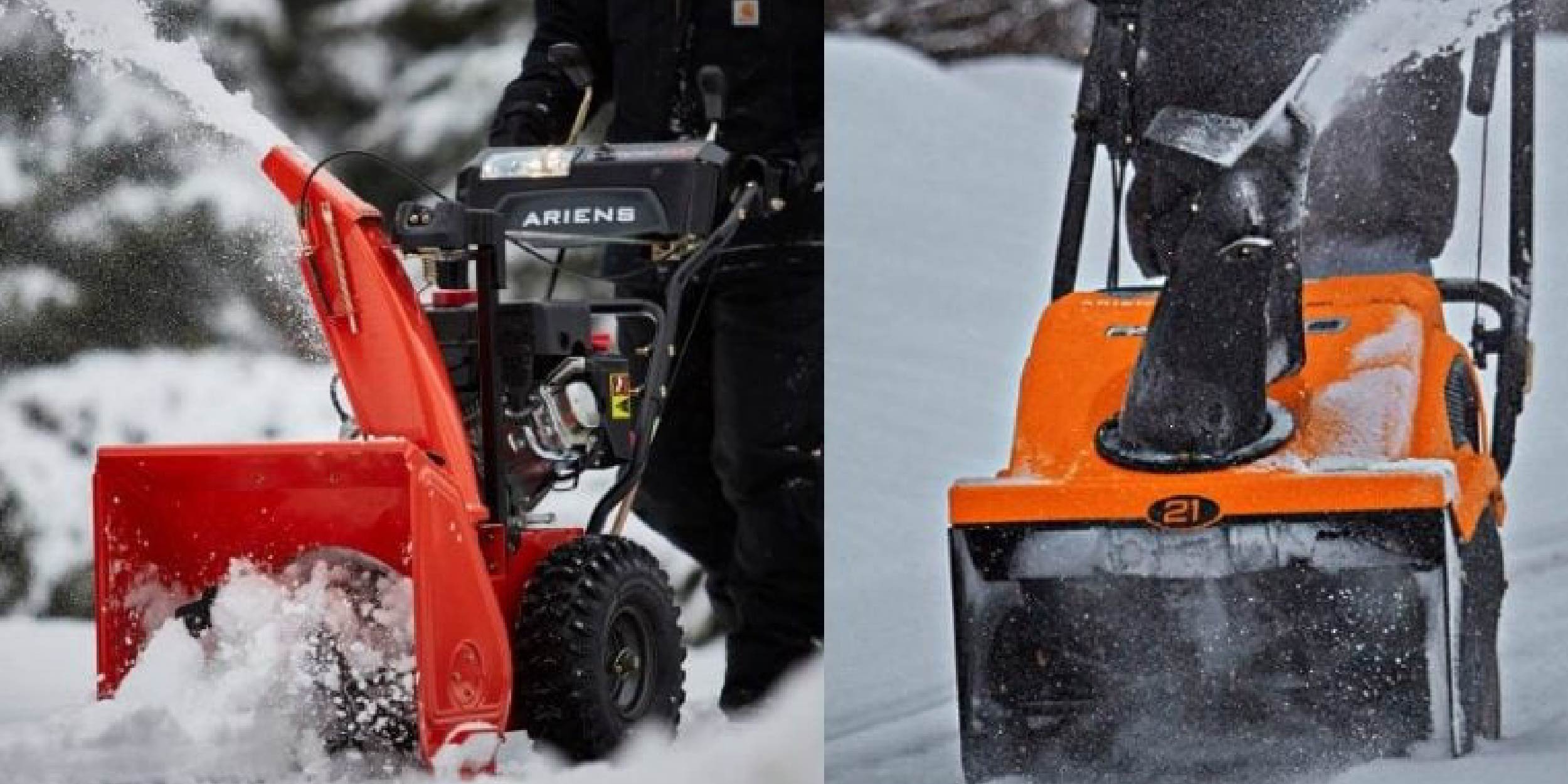 While winter is knocking at the door, a crucial concern that occupies a sheer portion of most drivers’ everyday thoughts is how much the snow might affect the safety of their cars? A good set of winter tires can work just as perfectly for vehicles that don’t have AWD during winter. And those who live in rural areas mostly prefer using a snowplow in that case. However, to experience smooth, cleaner driveways, Snow Blowers, and Snow Throwers are more affordable alternatives to snowplow machines these days.  But with their emergence, it is also a matter of concern for many that will be a better option from Snow Thrower Vs. Snow Blower as both these machines have a different array of services to offer.

Snow Thrower and Snow Blower are quite unalike in functionality, price, capability, and design, regardless of having quite similar names. When we bring forward – Snow Blower vs. Snow Thrower- side-by-side to point out several significant differences, it will be clearer to compare which snow removal machine is suitable for you considering budget, storage capability, and needs.

When compared between the two machines, the Snow Thrower is technically the simpler one. With this single-stage machine, a single movement is used to throw the snow. It uses these repetitive steps of picking up and tossing the snow out of the chute continuously.

On the flip side, Snow Blower uses two stages to operate. In the first stage, the auger picked up the snow and funneled it into the impeller. The impeller is a very powerful fan, which executes the job of blowing the snow out of the chute in the second stage. Several Snow Blowers on the market operate in three stages due to having an additional accelerator part. This component has the capability of grinding through ice and tightly-packed snow.

In the case of Snow Throwers, throwing the snow 15 feet away will take longer to clear big driveways. However, Snow Throwers are easy to use due to their smaller machines. So their usage is easier if you don’t have the requirement for heavy lifting.

Single-stage Snow Throwers are limited in their usage as an extension cord powers them, and you can use the Snow Throwers only to the length of the cord. It’s also necessary to access an electrical outlet to use them. In contrast, Snow Blowers are usually powered by gasoline or diesel, which allow them to work until they run out of fuel, and any cord does not limit them.

However, there are new editions of Snow Throwers powered by rechargeable lithium-ion batteries, which allows them to break the barrier of the limitation for distance. With a single battery charge, they will run 20-45 minutes.

Snow Throwers are corded and battery-operated, which comes with a smaller size and does not require much space in garages or sheds to store. On the other hand, gas-powered two or three-stage Snow Blowers are as large as a garden tractor and require adequate storage space. The reason behind this is the battery-operated Snow Throwers do not require additional space for gasoline storage which allows them to be smaller in size. They are also environment friendly as they don’t produce fumes like the Snow Blowers. In addition to this, a Snow Thrower is devoid of the extra effort for regular maintenance like changing the gas filter and spark plug of a gas-powered engine of Snow Blowers.

In the market of Snow Thrower vs. Snow Blower, Snow Blowers are effective for those living in heavy snowfall areas. Also, for the people who have to maintain multiple driveways, Snow Blowers can be the best choice in winter. With the self-propelling characterization in many of their designs, Snow Blowers can effectively accelerate the cleaning.

For a three-stage Snow Blower with an accelerator, you have to estimate from $1,000 to $2,500 to pay. The features include electric start buttons, power steering options, heated comfort grips, and are self-propelled.

People with sufficient space in the garage can go for it as even the smallest Snow Blowers can measure almost two feet in width.

On the other hand, Snow Throwers are for those who live in a region that experiences only around 1-2 feet of snow during winter. Even though they do not have a self-propelling design, the advantage of using Snow Throwers is they are lightweight, and their handles have comfortable grips. In addition to that, Snow Throwers are affordable and flexible to store. While battery-operated 40–100-volt models can range between $250-$900, prices can range from $300 to $750 for single-stage gas-powered Snow Throwers based on their size and engine power.

While modern-day snow removal machines are easing the pressure of manual shoveling, these two advanced machines have strongly made their place in the market with their well-designed machinery. But to choose from Snow Thrower vs. Snow Blower is totally up to the budget, usage, and the necessity of the users.

You can also read: How Long Does It Take To Charge A Car Battery: An Informative Guide