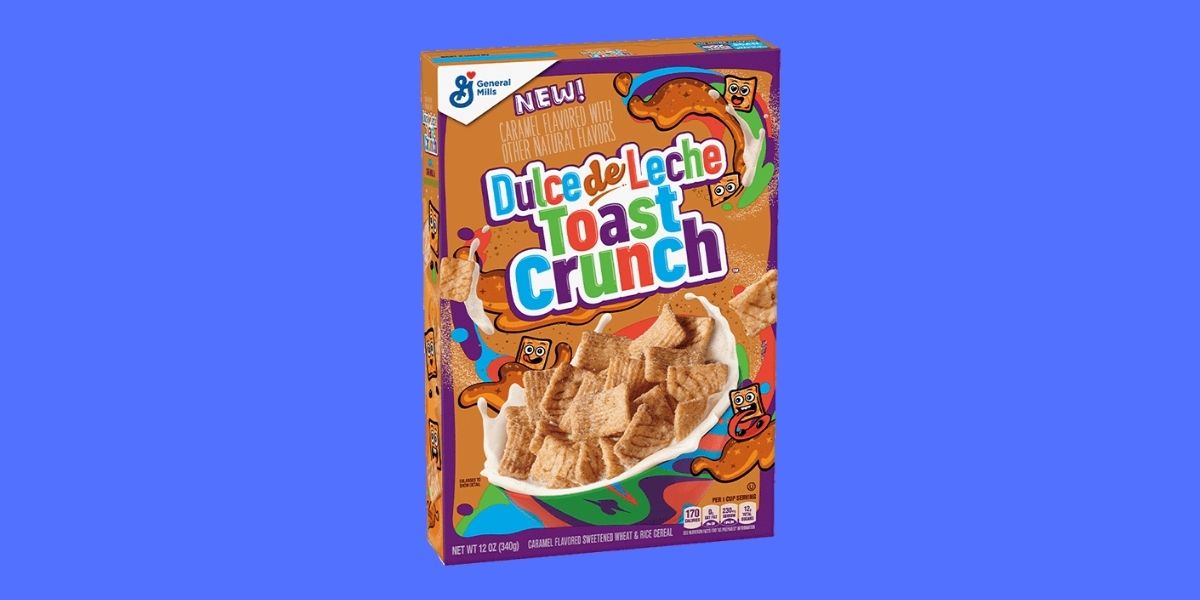 Having a healthy breakfast is something that many of us desire. After all, it’s the first meal of the day and determines our energy throughout the day. Besides that, some of you may have dietary problems.

Cinnamon Toast Crunch is a cereal that many of you may be having as breakfast. However, is it really healthy? If you’re also wondering the same thing, then you’ve landed in the right place.

Today, we’ll be discussing everything about this product.

What Is Cinnamon Toast Crunch?

This is a cereal that Nestle and General Mills have produced. It came into existence in 1984 and has been the favorite of all people. As the name suggests, the product aims to give a taste of cinnamon toast when crunched.

The cereal comes in small rectangles made up of rice and wheat. They are also coated with sugar and cinnamon. When you add it to milk, you can even hear a snap type of sound from it.

You may be familiar with the sound if you have tried Rice Krispies. The reason behind the sound is the high rice content of the cereal. Cinnamon Toast Crunch is very well-known and comes in many other flavors as well.

The cereal has 220 calories per serving if consumed with milk. This is a good amount for breakfast as it can energize you. However, there is 4g of fat per serving which does not seem much.

Although, you should keep in mind not to overeat. That is because the cereal has 12g of sugars per serving. This can cause you toothaches if you are sensitive to the sweet stuff.

Here are some additional values of the cereal. If you are health conscious, then these will help you in deciding whether to consume the item.

All these values are for one serving. Besides them, Cinnamon Toast Crunch also contains a lot of minerals and vitamins. Some of them are very beneficial and can meet your daily requirements.

Is Cinnamon Toast Crunch Gluten-free? This is the most asked question by many people. Whereas some of you may not be aware of gluten-free’s meaning.

Sure, you must have heard the term from many people. But do you know what it means? So let’s talk about the term before going any further.

What Does Being Gluten-Free Mean?

Gluten comes from a family of proteins that have storage purposes. It is also a substance that makes many food items chewy and soft. However, the substance does not pose harm except for people who are intolerant to it.

Particularly, people with celiac disease cannot consume gluten. That is because it triggers their symptoms and causes pain. Not only that but having gluten can have fatal consequences for them.

Hence, intolerant people are prescribed to remove gluten from their diets. And that is where the term gluten-free originates from. Any gluten-free product does not contain even a tiny amount of substance.

So now that you know why people care so much about food items being gluten-free, let’s get back to our topic.

Before we answer, here are the ingredients of the cereal to help you understand better.

If you already know about gluten-containing substances, then you must have figured it out by now. For those who don’t know well, cinnamon toast crunch is not gluten-free. That is because it contains wheat.

Wheat is one of the grains that are rich in gluten. So, if you are gluten intolerant, then you should steer clear of Cinnamon Toast Crunch. Besides this, there is also another thing that may have come up in your mind.

Many of you may still be wondering if the cereal is worth breakfast. Well, let’s talk about it.

At first glance, the nutritional value and ingredients of this cereal seem very promising. Like all other products, Cinnamon Toast Crunch claims to have many health benefits. They even have a guaranteed whole-grain printed on their box.

However, the truth is that the amount of whole grains is unclear. In fact, you won’t even find anything related to them on the ingredients table. Sure, the list of vitamins and minerals might have made you think that this cereal seems nutritional.

Unfortunately, you need to consider the processing that the cereal goes through as well. Cinnamon Toast Crunch is so processed that no one can know how much of the vitamins actually remain when packaged.

So no, we do not consider this as a healthy cereal good for breakfast. There are many other products in the market which are better than this.

Why Is Cinnamon Toast Crunch Unhealthy?

Here are some additional reasons that you’ll be glad to know.

Cinnamon Toast Crunch is a cereal with one of the highest sugar contents in the market. You can try to ignore the fact, but there’s no denying that each rectangle is heavily coated with sugar. Only one cup serving has bout 12g of sugar.

That may seem like a normal amount, but it isn’t. In fact, the daily amount of sugar children can consume is about 24g. So if only 12g is coming from just one cup of cereal, then it is likely they will exceed the daily requirement by just lunchtime.

Besides that, young ones are the most common consumers of Cinnamon Toast Crunch.

Starting your day with cereal is a good idea unless the product is loaded with sweet substances. For example, Cinnamon Toast Crunch can immediately spike your blood sugar level, which is not suitable for cardiovascular health.

The cereal also increases hyperactivity which can lead to severe consequences, especially for kids. For example, it causes the mind to be distracted, so you won’t be able to focus on your work. Some cereals are one of the reasons why kids are not able to concentrate during classes.

Here are some long-term effects of this product:

These are only a few known harmful effects of having a sugary meal for breakfast, such as Cinnamon Toast Crunch.

One of the ingredients that you already know is wheat. However, that is only harmful to gluten intolerant people. But other items in the cereal pose a threat.

In fact, the company does not even deny that the servings contain allergens. Besides that, one of the most harmful substances that Cinnamon Toast Crunch has is BHT preservative. The ingredient is actually banned in many countries all over the world.

Many different studies have shown that if the preservative accumulates, it can cause cancer.

Although the company-made cereal is unhealthy and gluten-free, that does not mean all cinnamon toast crunches are not safe. If you’re looking for a healthy cereal option, then this recipe is the best. Since you’ll be cooking yourself, you can be at ease with the ingredients.

Besides that, this recipe is gluten-free, so each one of you can enjoy it. Here’s how you can prepare cinnamon toast crunch.

How To Prepare Cinnamon Toast Crunch

Baking won’t take more than fifteen minutes, and you can store your cereal in an airtight jar. This is the best healthy alternative for readymade cereal. If you are a vegan, then this recipe is also fit for you.

That was everything you needed to know about Cinnamon Toast Crunch being gluten-free. Unfortunately, the company product is not best for you if you are gluten intolerant. However, like all other things, you can save your money and enjoy the same good cereal by making yourself.

The recipe above is just one of the many that you can find on the internet. We can guarantee this information will help you out a lot.